So... another huge chunk of time where I drew nothing. It actually makes me feel so sad to think of time wasted. It wasn't because I didn't want to but I just couldn't find what I needed to make me actually put the pencil to paper. Thankfully I finally found a picture that inspired me. Then I talked to my amazing naturopath, explaining that I was in a funk that I couldn't seem to shake and she said I needed to find my passion again and keep it moving forward. So after some thought I realize that I'd like to be part of a group where we could support and encourage each other to keep on creating. So today I made a facebook page called Inspirations Artist Collective. We will be doing monthly themes and creating art in whatever medium we feel like. We will also be committing to at least one piece of work per theme so that means I (hopefully) won't be going months again in between drawings. So far there are only 3 of us, so if anyone reading this is interested in joining us please leave me a message.

April theme is "Lost Boys"- Book, movie, tv characters that are surrounded by angst. Happiness can seem so close but they never quite get a break.

I chose to draw Aaron Livesy from the British soap Emmerdale. I quite love his face so I may have to draw him again. 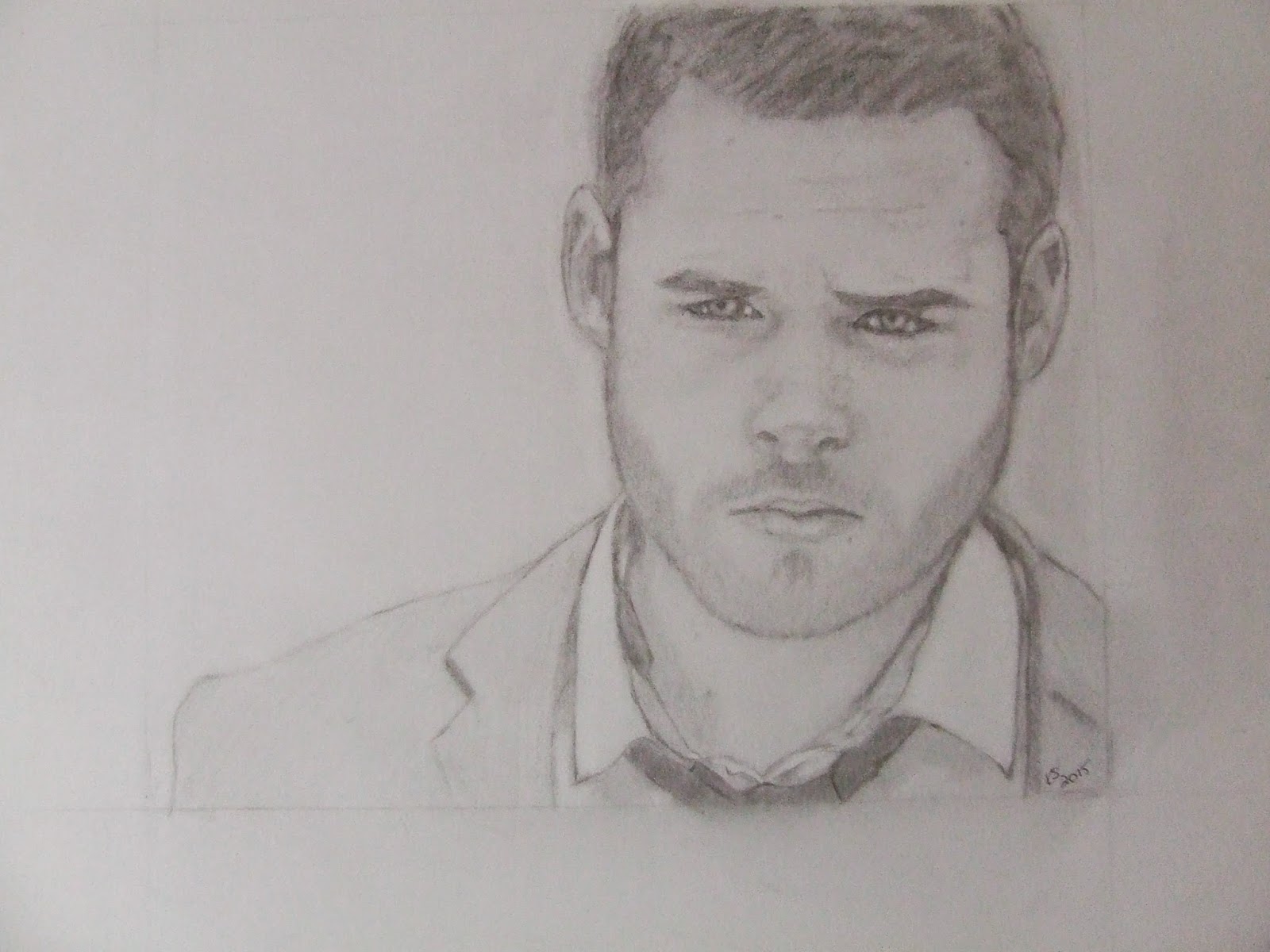 Sat out by the pool in the beautiful sunshine, doodling, while the kids splashed around. A very lovely day. I originally used fine markers to colour but they weren't covering very evenly, so I switched to my heavier markers. Certain colours sort of over power others, which is disappointing but still a fun doodle to work on. Happy Sunday Sketches! 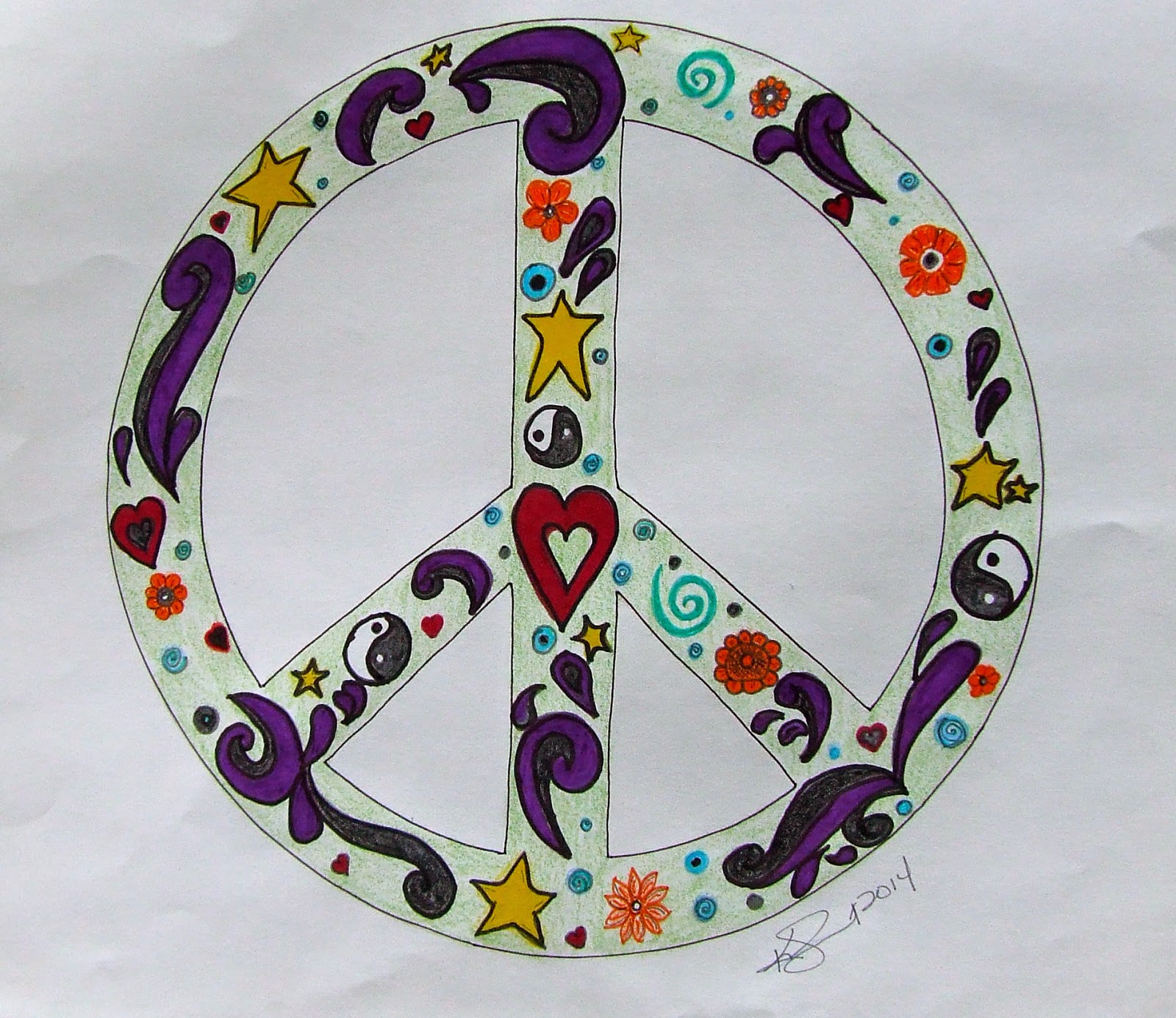 This guy is in the garden at the cottage where I'm staying. I absolutely love him and want one for my garden. My kids say he's the stuff nightmares are made of :(
Sort of compromise, I've drawn his face a little differently, less scary (all agreed!) I'm still going to look for one for my garden...they can just look in the other direction...lol. Sketchy (pun intended) wifi signal up here so I'm amazed I got this posted. Going to try and look at other Sunday Sketches while having my coffee. Happy SS everyone. 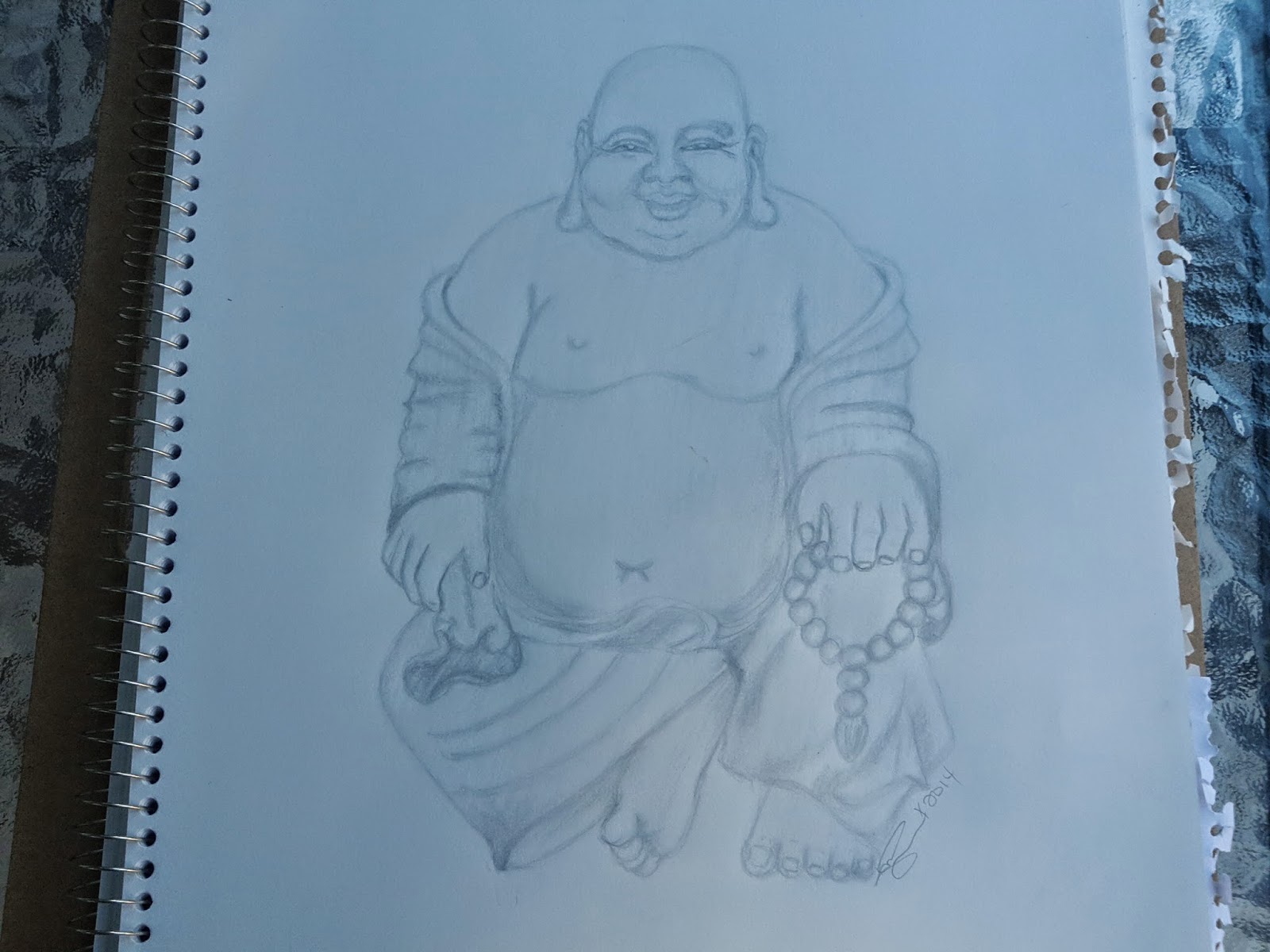 Simple sketch today due to another busy week around here. The original was of course by the master, Picasso. Not a huge fan of all of his works but I think his simple line drawings and paintings are quite beautiful. The song Imagine, by John Lennon has been playing in my head all week (though I'm yet to actually go to YouTube and put it on) The song makes me think of this dove drawing or at least a similar one.

We've had a sad week here. This past Tuesday we found out that even with the radiation and 3 rounds of chemo, my Father-in-law's tumours have grown. Now he has basically given up and I'm not even sure he'll last to the end of the month let alone the end of summer. Also on Tuesday, my Mom got a call from the home where her partner has lived for the last 5 years (he suffers from dementia) and was told that he wasn't doing well. We went there to see him and knew we were going to lose him, which we did on Tuesday evening. Though he's been in a home for quite some time, this was still a shock because for the most part, he had always seemed healthy.

His funeral was yesterday and I didn't bring my kids. Such a hard choice. They hadn't seen him in years because he didn't remember them, but for some reason my youngest had memories of being with him. He took it quite hard when I told them, but then by the next day he had bounced back, with just a question or two, here and there. I think the idea of death was what affected him most (not that he didn't care about this person or my Mom's feelings). So my children, who have never lost anyone in their lives, will inevitably be experiencing a lot of loss in a short time this summer. My kids are very close to my father-in-law and I'm so worried about them (well mostly my youngest) stressing that everyone is leaving them.

Anyway, all of this is probably the reason Imagine and the dove have been playing around in my head. Didn't mean to do a full unload but honestly spending a little time drawing something to share for Sunday Sketches has probably been the most relaxed I've felt in days, even if it was for less than 10 minutes. 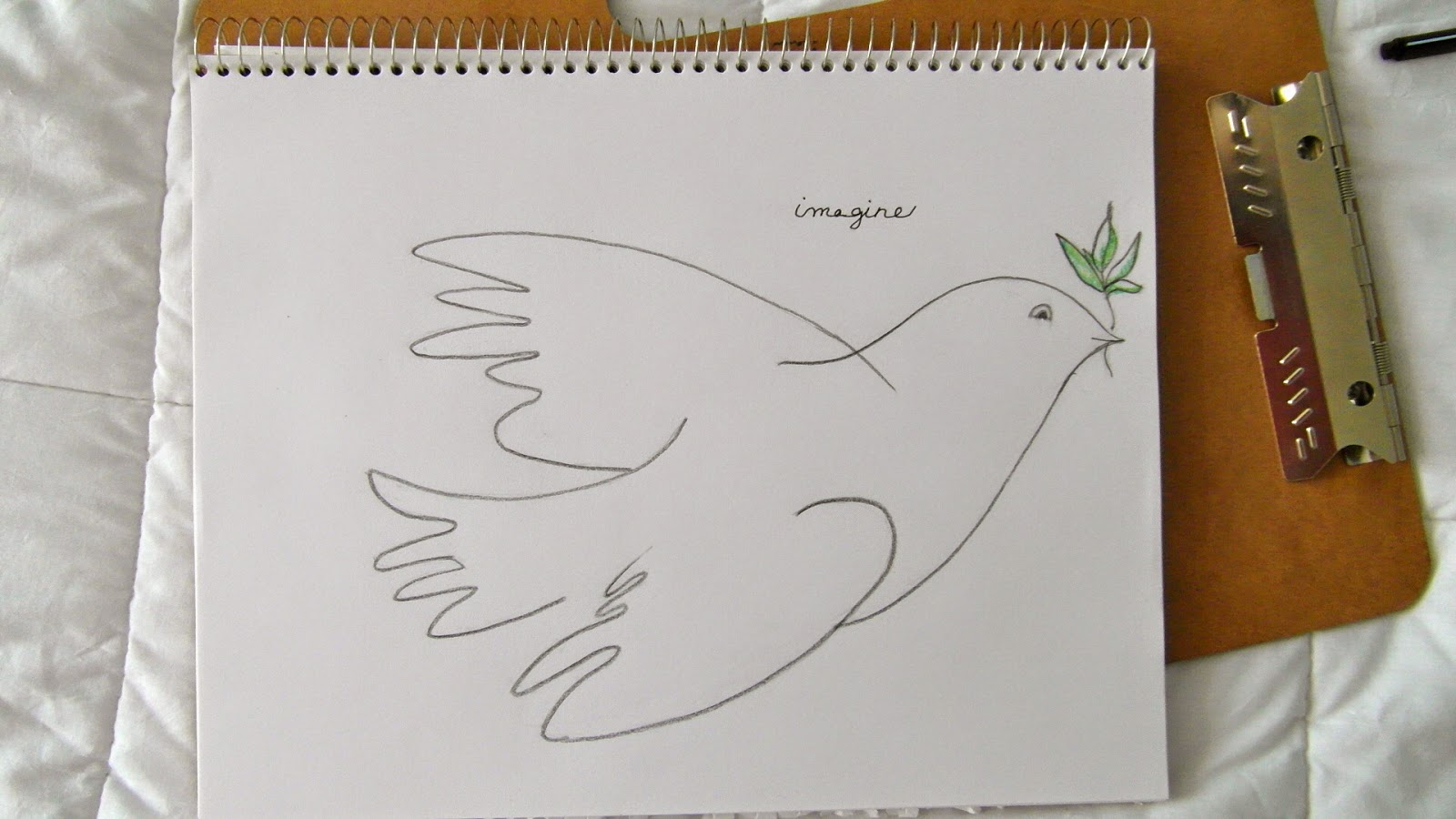 I really want to have a pencil and a marker in my hand a lot lately, but unfortunately my time hasn't really been my own much lately. So, I figured I might as well doodle because it doesn't take a lot of time and it's fun and relaxing. I'm not quite done the second doodle. I want to add more to it and to get it coloured. The peace/love/laugh doodle is one I found online and I love it. There is just something about the simplicity and the doodle/graffiti style. I've made it my desktop wallpaper and I may have to put it in a frame. 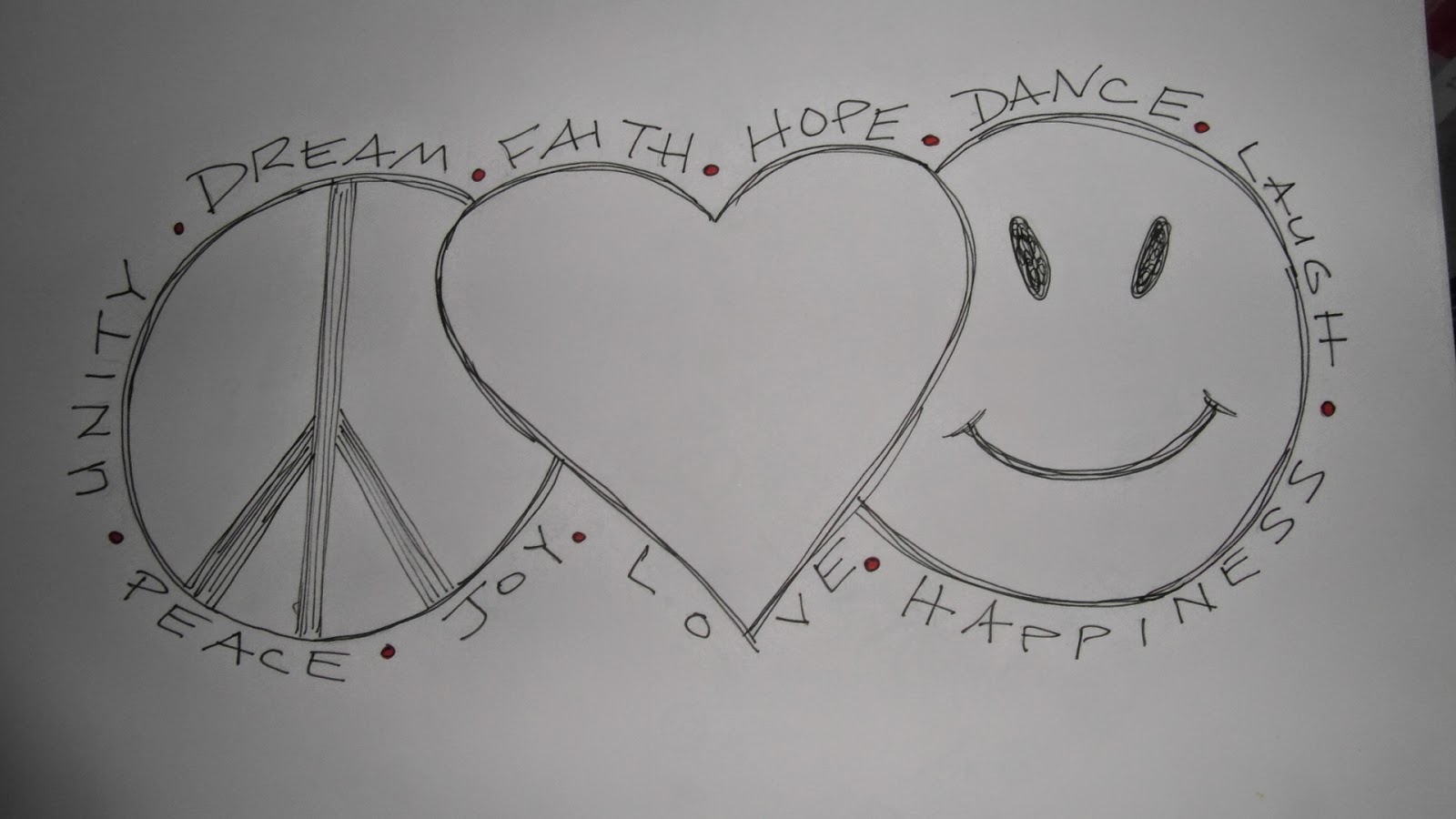 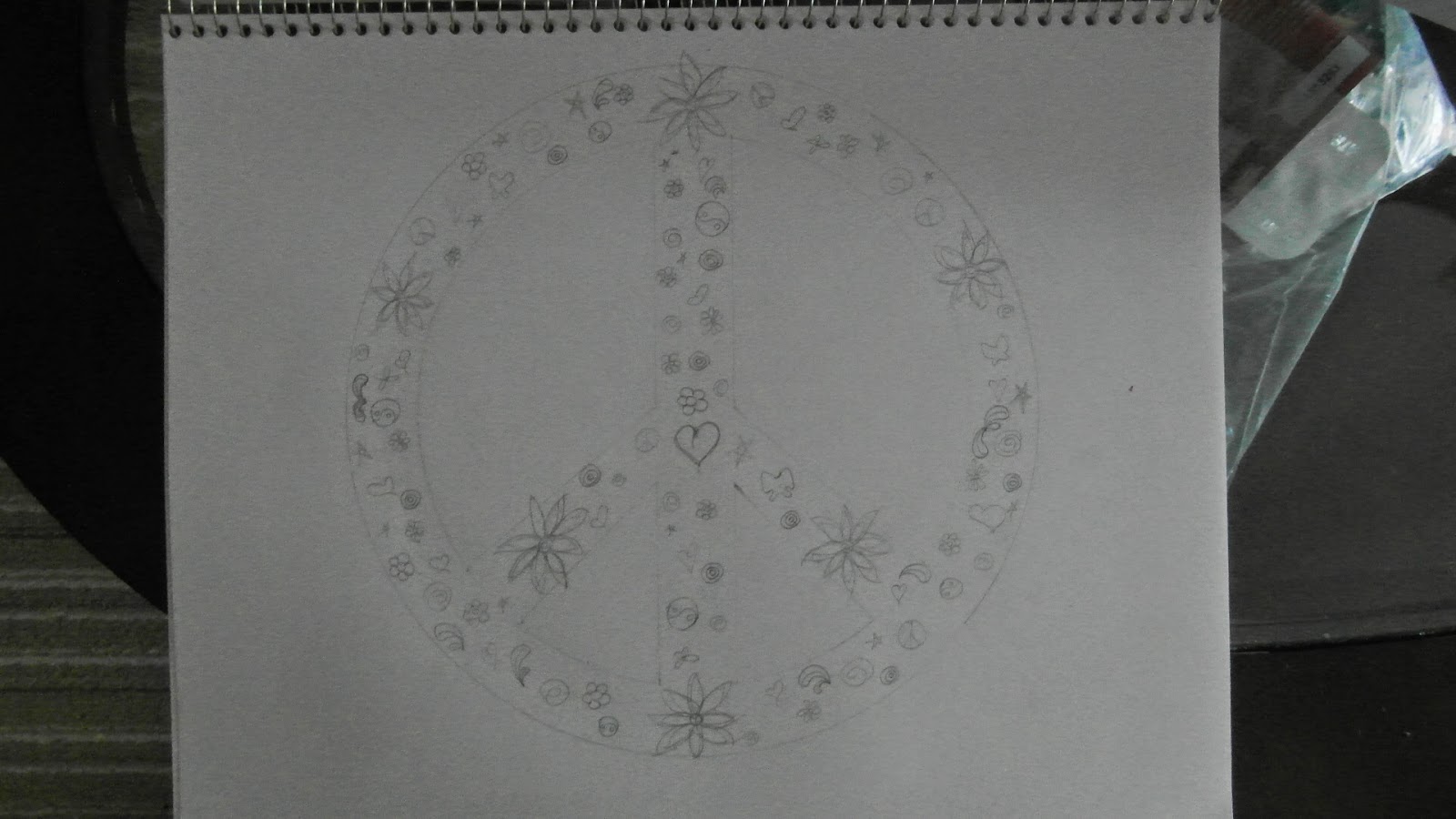 I've been wanting to draw trees lately.  I finally finished one I started a couple months ago. Then I worked on a simple one (with the swing) with my 8 year old drawing beside me. I love how his turned out but he doesn't want me to share it.

I started a faerie picture for faerie day but I can't seem to get back to it. I don't know if trees are inspiring me because of what is going on in our lives with my father in law being so ill but for some reason, trees seem to fit the bill of what I need to be drawing.

We celebrated my father in law's 70th birthday this past weekend and it was a lovely day. He was so alert. He ate, joined in conversation and laughed a lot. I'm so glad he was able to have a birthday like that. There are days when he is feeling so unwell and despondant that we wonder if he will be with us at the end of the summer.

Anyway, maybe the trees signify life to me...beauty, strength and being alive... 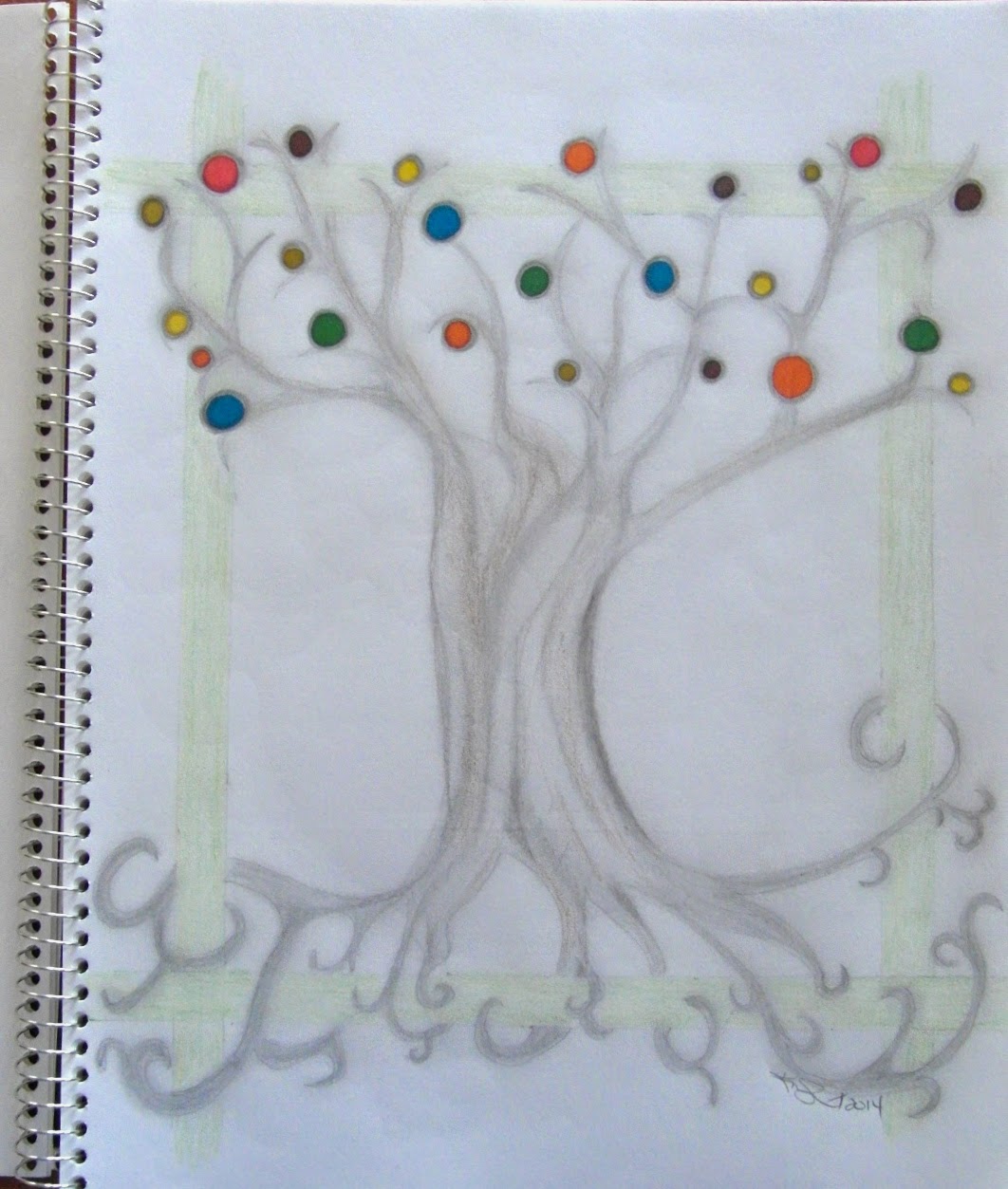 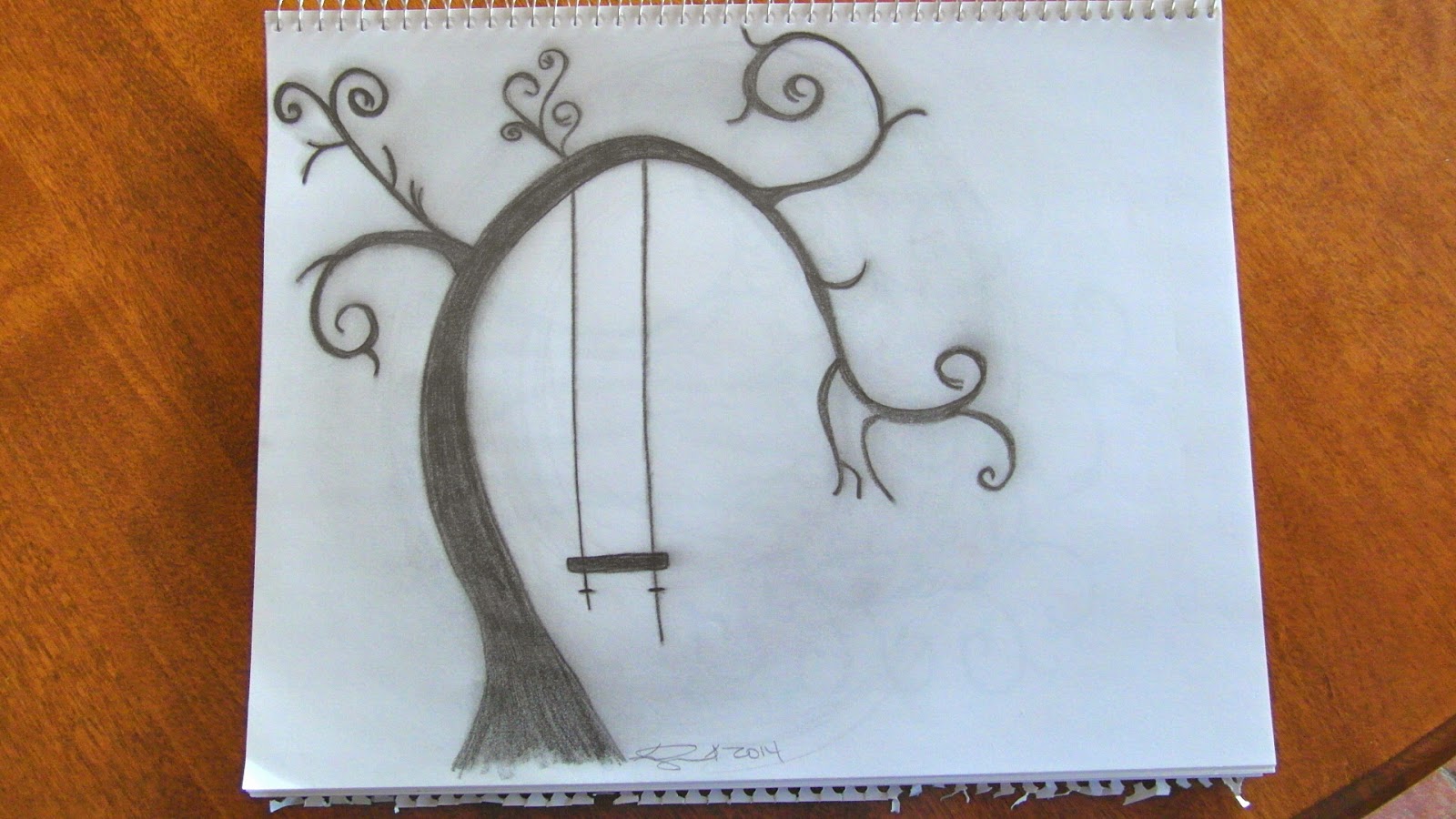 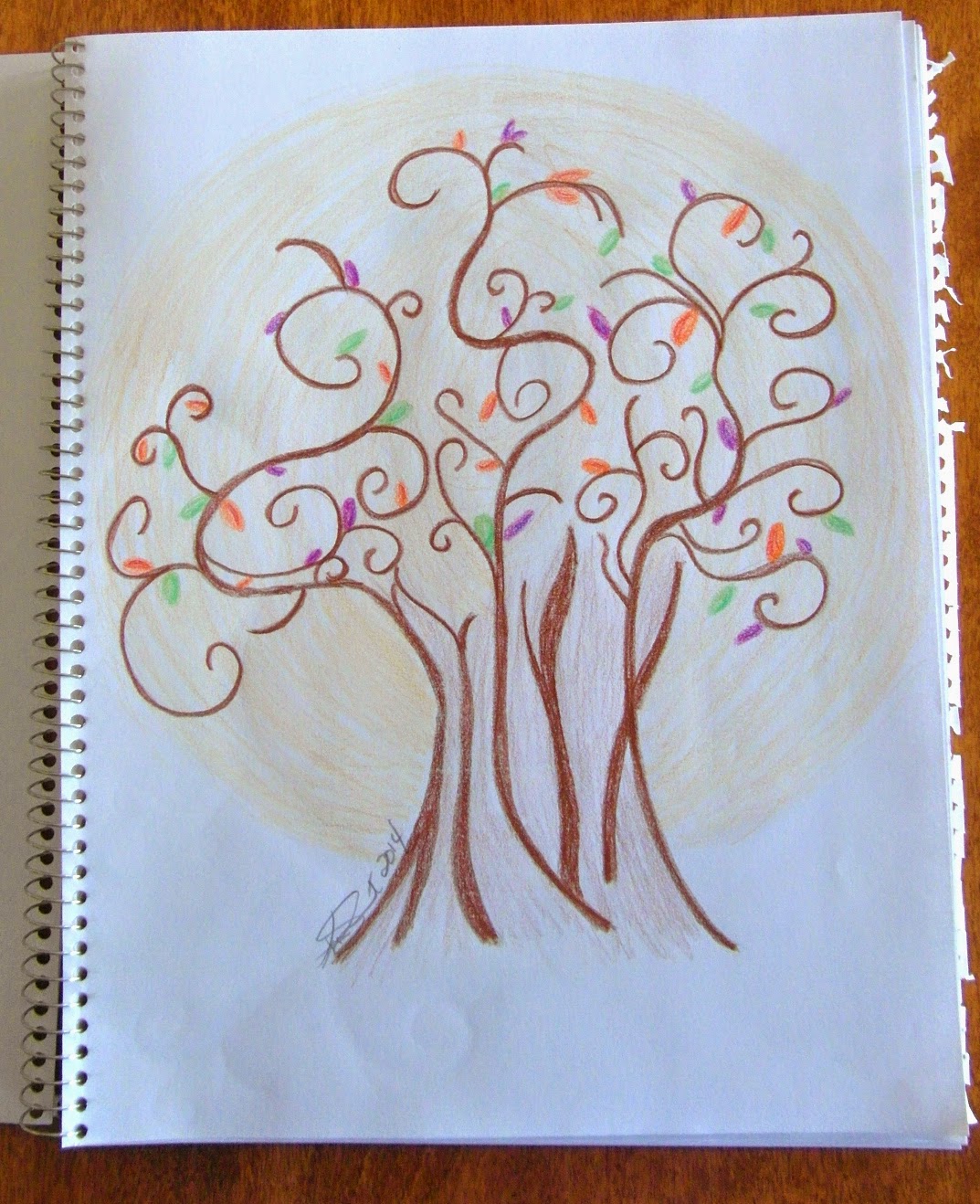 I absolutely adore anything to do with magic, mystical and faeries. I was so excited to read on Victoria's  Pencil and Wing blog that June 24th is Faerie/Faery Day. Over the years I've drawn quite a few faeries. I've picked a few of my favourites to share here, along with a drawing of a Faerie Tree (that looks very simplistic but took a very long time to complete) I'm working on a new one to add to the group for next Tuesday (June 24th). I haven't drawn anything magical in a bit so I'm excited by this.

**Even though these are pics weren't drawn specifically for Sunday Sketches, I've never posted them there so I'm going to include them for this week. Hopefully we can get more people knowing about Faerie Day that way and adding more to the magic. 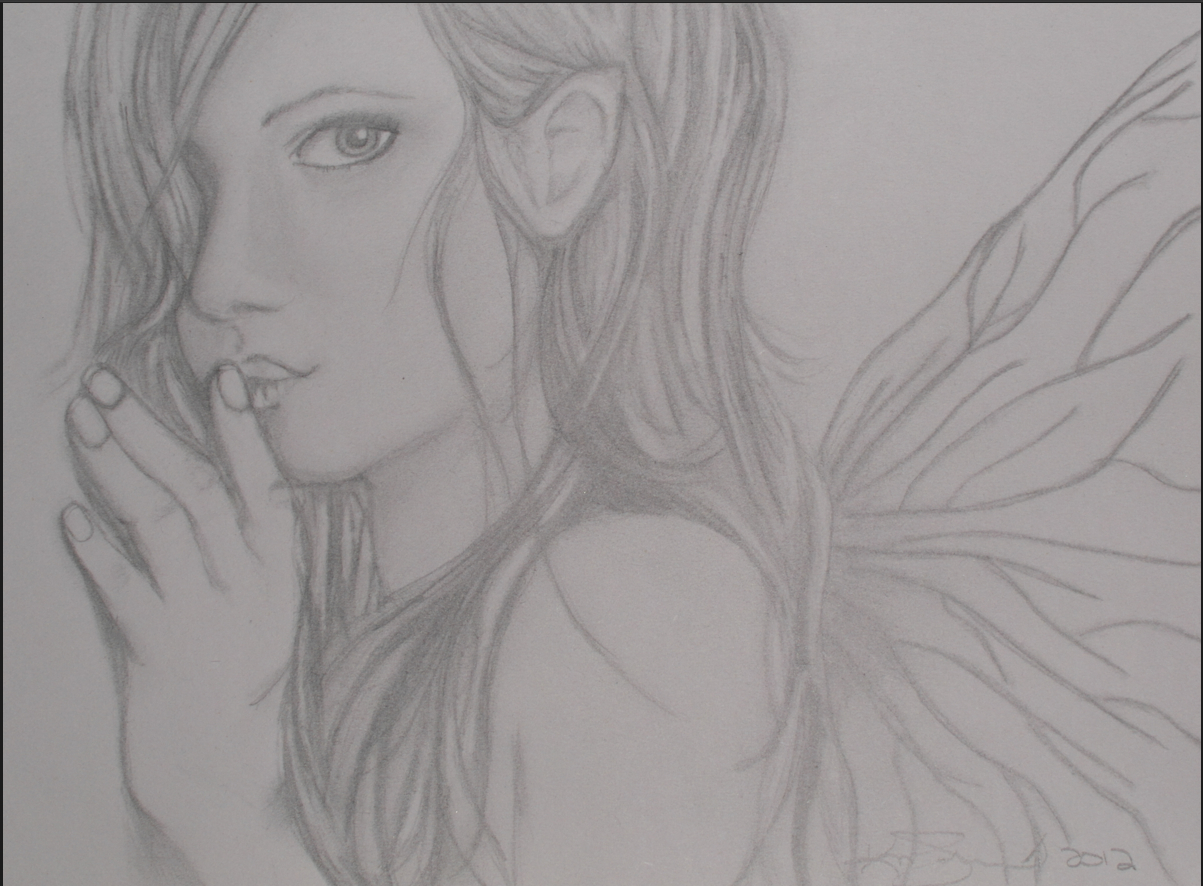 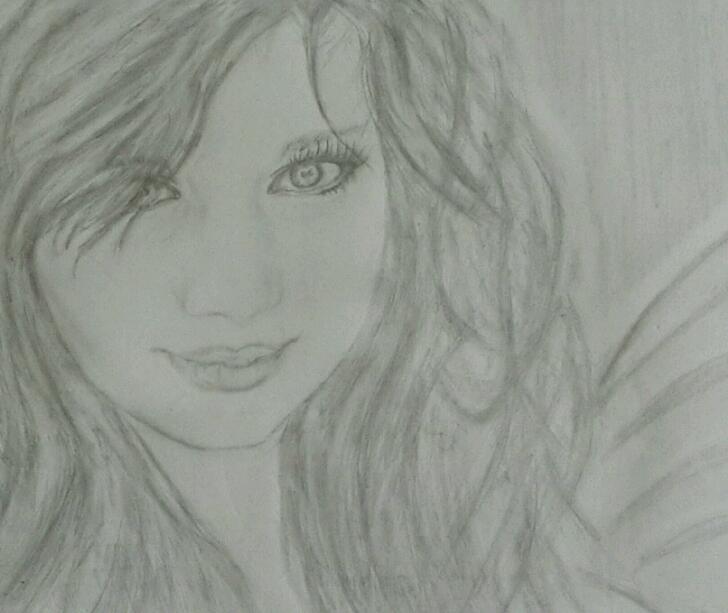 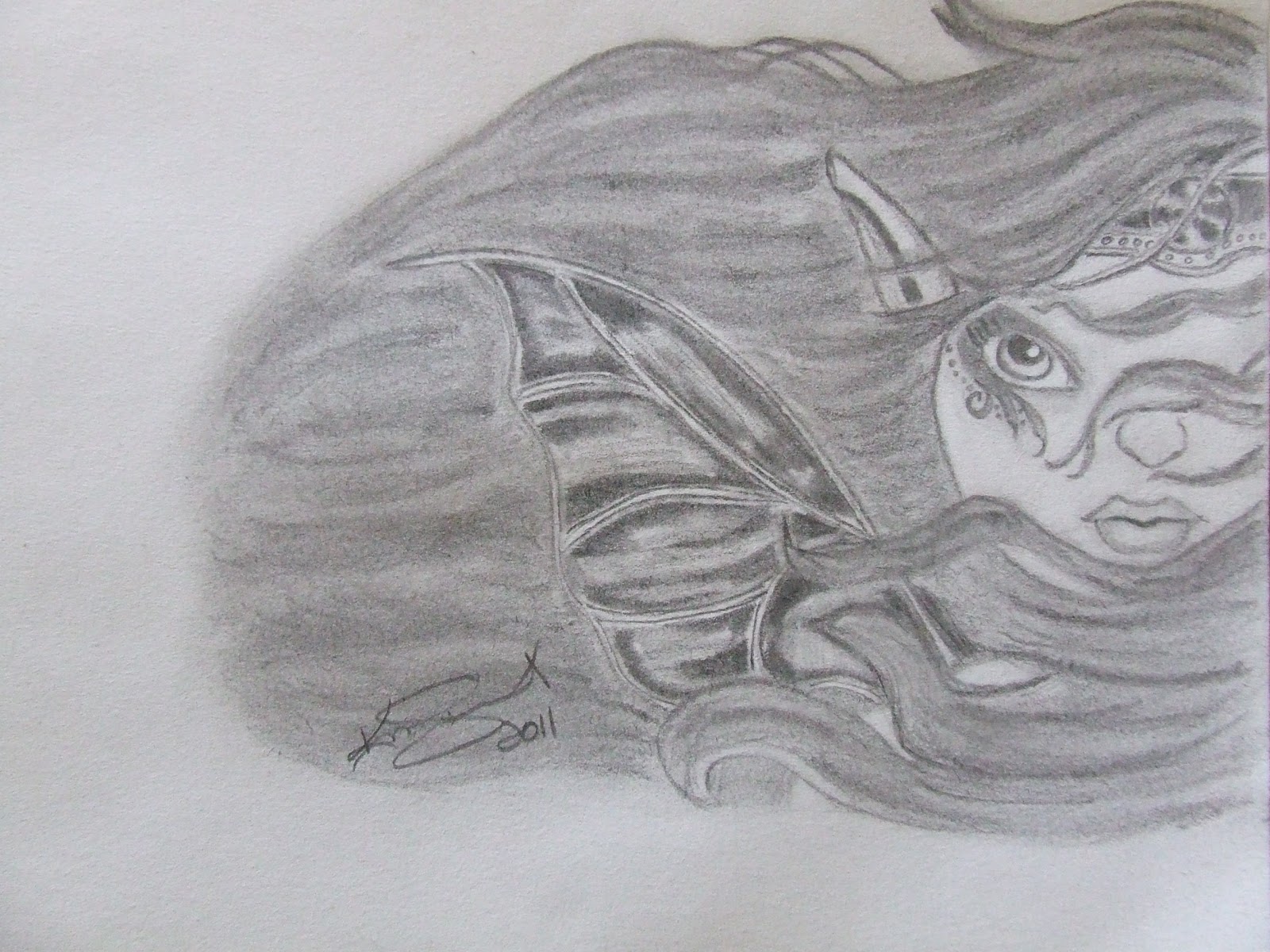 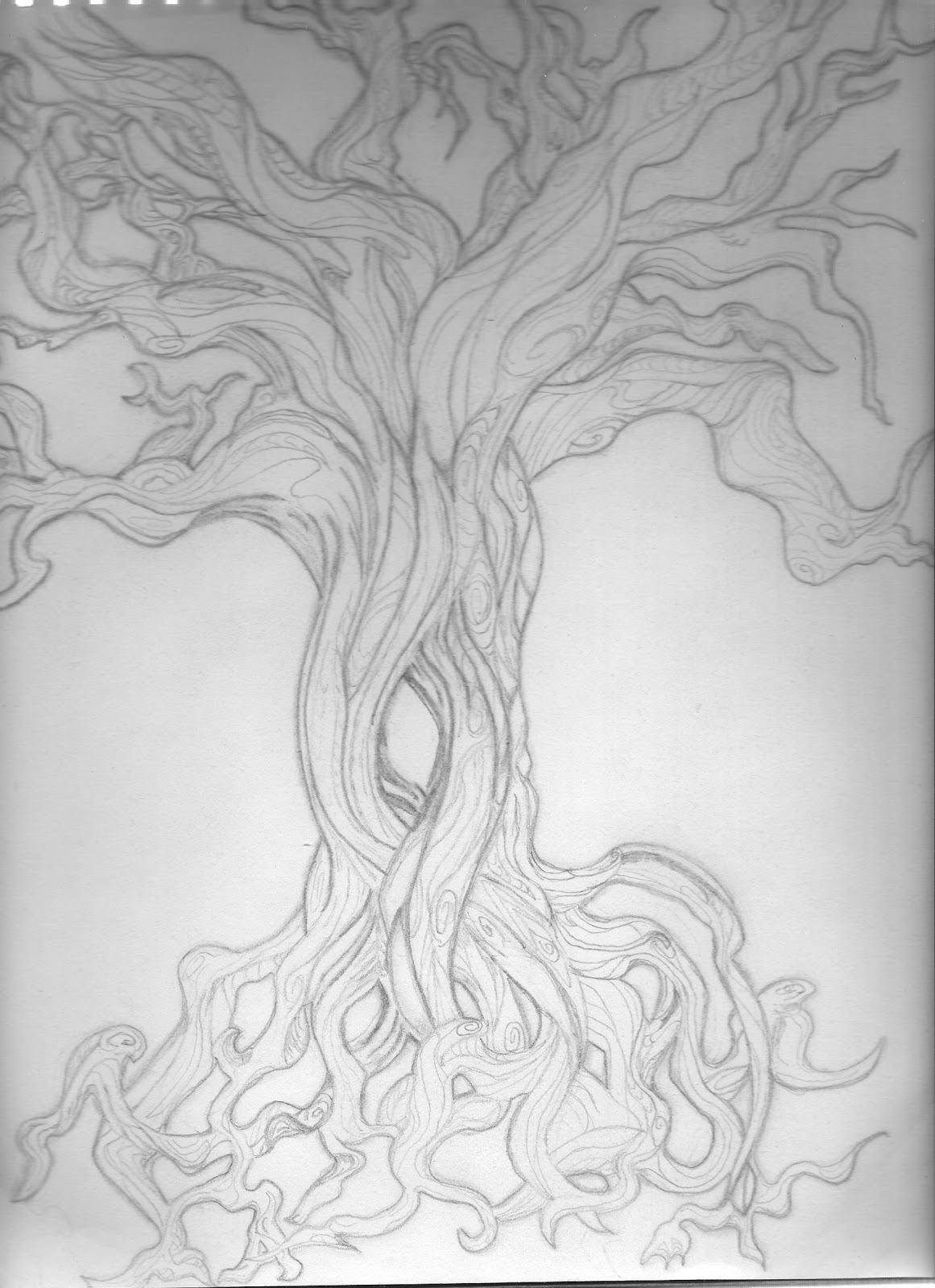 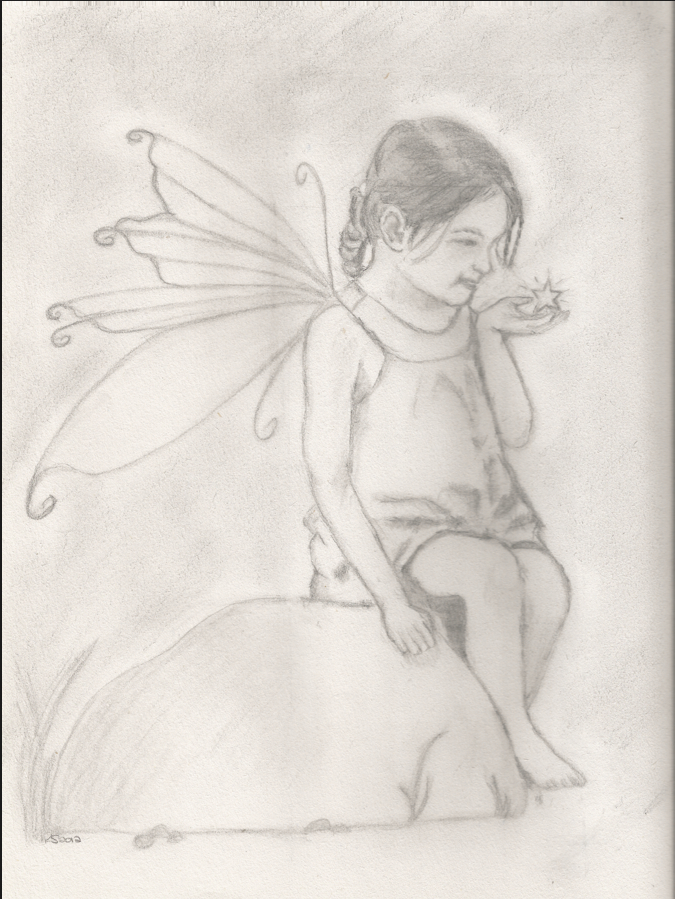 Kim
I'm a Mom of two busy, loud, creative, wonderful boys. I love to draw, take photos, cook/bake, decorate and spend far too much time on the internet. Thanks for checking out my blog. Comments are loved!